Current Song:
Next Song:
Update Required To play the media you will need to either update your browser to a recent version or update your Flash plugin.
Homepage > Festival Films 2018 > Adineh (Friday)

The “Adineh” (Persian word for Friday) video is inspired by an Einstein’s famous quote: “Gravitation is not responsible for people falling in love.” But what is more attractive than finding a way through people’s castle? and what is more joyful than exploring the world of lovers and loved? Discovering what comes and goes in between their eyes, mouths, and ears. Understanding excitement, love, and delight. Falling into this realm and a door will open into love’s mansion. Walking around in hidden closets and one will be embraced by roles and complications and get weightless and unfilled. Human rushes through time and place, suspending and floating. He enters the castle through the apple of the eyes and rests there in peace. Now he reaches to the secrets of love and consequently gets solved into that realm to realize its greatness and eternity. Friday: the seventh day. The last day of the creation and it is time for angels to seek and discover. 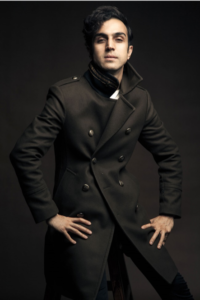 Payam Ghorbani, was born in 1988 in Tehran, Iran.  He is a freelance motion graphics designer, animator, photographer, and director.  He was always interested in the combination of strong graphic design, cinematography, and animation, but he didn’t realize he could combine all of his passions into one work.  He doesn’t consider himself just an animator, or just a designer, or just a photographer… He thinks of himself as a thinker who can use any medium to achieve whatever story he is trying to convey.  He started making videos in 2009 and enjoys being able to take a script idea and visualizing it in a stylistic and clear manner, so the audience can understand the subject and enjoy the experience.  He always likes to share his ideology with others through videos.  In his opinion, video is one of the best ways to share his ideology with others.  He also experimented with mixed media projects such as film and stop motion.  Some of his projects are advertising but the main body of his works are his video music series and video art. He also worked for some advertising companies as a motion graphic designer and idea creator.  His work experience pushes him in design knowledge both technically and theoretically.