Current Song:
Next Song:
Update Required To play the media you will need to either update your browser to a recent version or update your Flash plugin.
Homepage > Festival Films 2021 > Behind the Glasses

Screening with: I Am Here 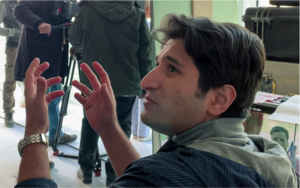 Mehdi Irvani was born in 1985. He studied filmmaking and editing by taking courses in 2007. After that, he started as a director of short films and then as an assistant editor. During this period, he collaborated with prominent editors of Iranian cinema, including Shirin Vahidi, Shahrzad Pouya, and Hossein Zandbaf, and then as an editor in many projects.