Current Song:
Next Song:
Update Required To play the media you will need to either update your browser to a recent version or update your Flash plugin.
Homepage > Festival Films 2022 > Checkpoint Charlie

When a black-market deal goes wrong, U.S. sergeant Charlie is forced to bring along a sick girl over the border.

Filmmakers Statement:
Why this film? Why now? Separation, exclusion, and the division of people- why do they happen? In recent years, the way of dealing with the refugee crisis, tightening of borders in the EU, and the massive “Us and Them” political rhetoric echoed over and over again. In happening so, we are reminded that ‘walls’ still exist today.

Checkpoint Charlie as a film that tries to address this reality. Whether these walls are physical or not, they live and affect us all. And unfortunately, many times children are caught in the crossfire. This has, yet again, proved itself with the current state of affairs between Ukraine & Russia- a turn of events we, like everyone else, have never anticipated while making this short film. However, it still happens, that somehow amid all the horror and darkness in the world, the human spirit finds a crack in the pavement, sprouts, and prevails. The story about Charlie depicts this kind of circumstance, examining the spirit of man, the moments where our differences are put aside and we really “see” one another.

Screening with: I Will Cross Tomorrow 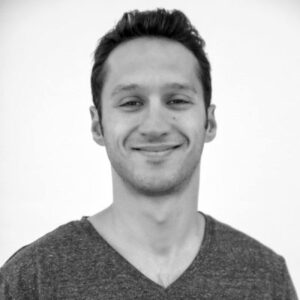 Born in Adana, Turkey in 1984, Kaan Arici graduated from Istanbul Bilgi University’s Film & TV department. And in 2008, he moved to Copenhagen, where he did his master’s in Film Studies at UCPH. Between 2014 and 2017, he worked as an assistant producer in Backstabbing for Beginners produced by Creative Alliance – a film development company, co-founded by Danish filmmakers including Lone Scherfig, Thomas Vinterberg, and Per Fly. In 2017, he finished his second master’s degree in Cognition and Communication again at UCPH, and at the same time co-produced and co-directed the satirical sci-fi The Last Schnitzel, which was screened in Fantasia Festival, Fantastic Fest, and some other A-List genre festivals around the globe. In 2021, Kaan co. produced and co-directed two feature films (Donadona & RSVP) with İsmet Kurtuluş.