Current Song:
Next Song:
Update Required To play the media you will need to either update your browser to a recent version or update your Flash plugin.
Homepage > Festival Films 2018 > Exit Toll

While he works as a toll taker at the exit toll booth leading to the airport, he dreams of taking off.

Screening with: Ranger and Leopard + Karma + The Hunt + Too Close + The International 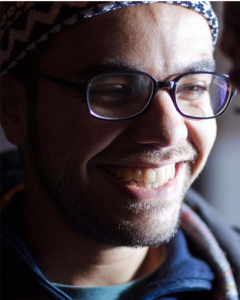 Born in Tehran, Mohammad Najarian Dariani has a bachelor’s degree in editing from the Arts University of Tehran. He works as an editor since 2009 and collaborates with many young Iranian directors. In 2013, Mohammad wrote a short film with Samira Nourouznasseri, The Next Day. Exit Toll is his first film as a director.