Current Song:
Next Song:
Update Required To play the media you will need to either update your browser to a recent version or update your Flash plugin.
Homepage > Festival Films 2019 > Only Voice Remains [Forugh Farrokhzad Story]

Only Voice Remains tells the story of rebel Iranian feminist poet Forugh Farrokhzad whose confessional works and daring personal life broke barriers of sex and society – and in the process, redefined what it takes to be a great female artist.

Aged just 20, Forugh published a poem called Sin which described having sex with someone who wasn’t her husband and enjoying it. The subject is taboo now but in 1950s Iran it caused a complete rupture. Not only had she written about something dishonorable, but she’d done it in a female voice, overturning thousands of years of male-dominated tradition in a country where poems are like pop music. She became an overnight celebrity but there was a backlash: she was labelled a whore and had mass religious protests against her. Her family was so ashamed they kicked her out of the house while her husband took custody of her only son. She was so traumatized she broke down and ended up in a psychiatric unit where she received electroshock therapy.

But this did not stop her. She reemerged defiant and even more determined to fight against society’s constraints of women, publishing electric new collections of poetry centered on women’s voices and desires. Still, she was subject to sexual harassment and her works were dismissed as ‘girlish’ or ‘feminine’. When she did finally publish a collection, which was regarded as a masterpiece, many attributed this to the influence of her lover, Ebrahim Golestan.

Her relationship to the iconic filmmaker Golestan was and continues to be the subject of widespread gossip and titillation in Iranian society, akin to Sylvia Plath and Ted Hughes. During the period of their creative collaboration, Golestan remained married, adding to the scandal surround Forugh’s name. Now living in a castle just outside of London, Golestan reveals the truth of their partnership in our film.

Just as she began to garner the respect she had always wanted, she died in a freak car crash aged 32. Whether it was a state-ordered murder, or she really did swerve to avoid a school bus full of children, no one really knows. The only thing for sure is that her posthumous collection entered the literary canon while her final poem, ‘Only Voice Remains’ became a rallying call for the generations of women who followed her, many of them also asking: “Why Must I stop? Why.”

Only Voice Remains fuses together documentary interviews, stylistic poetic sequences and dramatized scenes to explore Forugh’s life and legacy, all while painting a story of female greatness overlooked by a literary canon shaped by men. 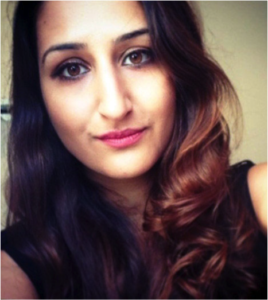 Makez Rikweda is a British-Afghan filmmaker and television producer whose past clients include Al Jazeera English, France 24, ITN productions, CGTN and the Associated Press.

She has made a number of short documentaries including ‘Indian Summer’ as part of the NFTS ‘Summerdocs’ programme, ”Young Afghans’ in conjunction with ORTV International and ‘Blood, Sweat & Chokes’ with her brother Sol – which won the ‘Best UK Series’ at Raindance Film Festival in 2016 and was selected for the Guardian pitch at Sheffield Doc/Fest in 2016.

In 2017, she was one of five filmmakers selected for Sheffield Film Festival’s Doc/Next emerging talent programme – as part of which Only Voice Remains was developed. That same year, she was also selected for Channel 4’s Program Director which promotes emerging BAME talent within the UK, as part of which she was given bespoke training at the National Film and Television School by director Gilles Mckinnon.