Current Song:
Next Song:
Update Required To play the media you will need to either update your browser to a recent version or update your Flash plugin.
Homepage > Festival Films 2021 > Psycho

A couple, a young woman, and a mentally ill man takes a cab to a Psychiatric hospital. As serious conflicts about betrayal break out between the two, the driver becomes so heated up. They arrive at the mental health hospital just to find out everything is the other way around. 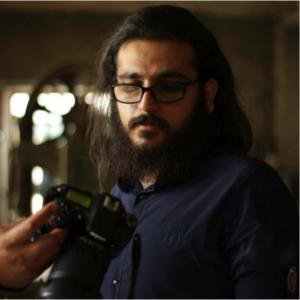 Born in 1991 in Iran, Mostafa Davtalab is a scriptwriter, film editor, and short film director. He holds an MA in film. He is also an alumnus of the Iranian Young Cinema Society where he was trained as a professional filmmaker.