Current Song:
Next Song:
Update Required To play the media you will need to either update your browser to a recent version or update your Flash plugin.
Homepage > Festival Films 2021 > The Dagger

Humans are lying and betraying to get away from their dark past…and there is no escape. 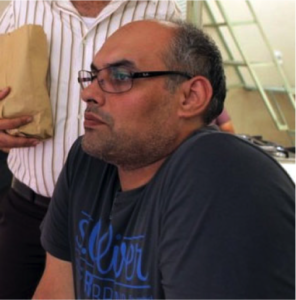 Saman Tafreshi with full name Alireza Mashhadi Tafreshi, born in 1980 in Tehran, has a bachelor’s degree in cinema from Sooreh University of Isfahan and a master’s degree in production from IRIB University, with a teaching background at the Elmi Karbordi University of Applied Sciences. He started his professional activities in 2004 with the assistance of Asghar Hashemi in the film Singles.

During these years, he worked as an assistant director and programmer and collaborated with directors such as Asghar Hashemi, Amir Ghavidel, Mohammad Ali Talebi, Ahmad Amini, and…in his work record. His other activities in the field of filmmaking include compiling and writing several short films and documentaries.