Current Song:
Next Song:
Update Required To play the media you will need to either update your browser to a recent version or update your Flash plugin.
Homepage > Festival Films 2020 > The Last Shah

Forty years ago, a revolution in Iran led by Ayatollah Khomeini overthrew the ruler Shah Mohammad Reza Pahlavi, and with this a monarchy that had lasted over 2,500 years. The story of the Shah begins with bright ideas and strong ideals and ends in bloody turmoil. From the beginning of his reign and in his aspirations to modernize Iran, the Shah depended on the support of the clergy and the mullahs. Finally, it is they who bring him down. The struggle between the Shah and Ayatollah Khomeini lasts many decades. In the end, Islamic fundamentalism triumphs, heralding a new challenge for global politics. 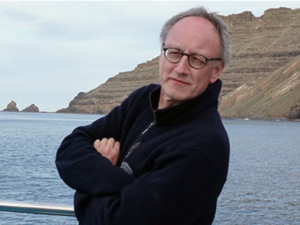 Holger Preusse was born in Munich, Germany, and studied literature, philosophy, political science, and sociology at the Ludwig-Maximillian’s-University in Munich. He graduated with honors. His master’s thesis on “The political writer Hans Magnus Enzensberger” was published in 1989. He worked as an editor and developed numerous formats for German television, including “Das Philosophische Quartett” (engl. “The Philosophical Quartet”) for the Second German Program (ZDF).

In addition to his work as an editor, he is a director and producer for documentaries all over the world. His filmography includes more than a hundred films. He realized many adventure films, documentaries about classical music, and about history e.g. “Battle for the Vatican. Behind the Scenes at the Council” (52min, SR/ARTE), “1648 – The Long Road to Peace. How the Thirty Years’ War was Ended” (90min, WDR/ARTE) and “The Last Shah” (52min, WDR/ARTE). Holger was a creative producer for the 90-min documentary “Hannah Arendt – The Duty of Civil Disobedience” (90min, WDR/ARTE). In 2017, the film was nominated for the Grimme Award. For his documentary on “Survival Artists” (52min, ZDF/ARTE), he was awarded the Dagmar and Václav Havel’s Vize 97 Foundation Award 2016. Holger’s films were awarded numerous national and international prizes for his reportages and documentaries. He is a member of the German Film Academy.