Current Song:
Next Song:
Update Required To play the media you will need to either update your browser to a recent version or update your Flash plugin.
Homepage > Festival Films 2019 > The Stage

In an international fashion show, children from different countries walk on the Stage… 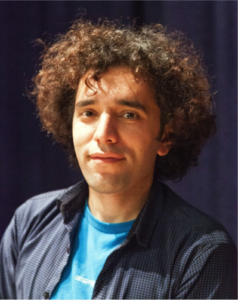 Fayaz Bahram was born in 1989 in Ardabil, Iran. As a child he showed a great interest in drawing and painting. His only habit in elementary school was pencil drawing. While in high school he started to use computer software for drawing, painting and graphical arts as well. Meanwhile he achieved several provincial and national awards. Later on, in 2007 he entered the collage and chose Architecture as his field of study. In 2008 he made his first short film named “Dream Land” for a provincial festival and won the 3rd place award for it.

Watching the film About Eli and knowing the 100 film festival, Bahram officially chose to become a film maker. After that he made Mask (2011), My Green Pencil (2011), Penalty (2011) and Once Upon a Time On earth (2011). His films were accepted in more than 50 festivals around the world. After a few years photography and editing especial effects for some movies, he made his new film, The Stage.