Current Song:
Next Song:
Update Required To play the media you will need to either update your browser to a recent version or update your Flash plugin.
Homepage > Festival Films 2018 > Downfall

A fat man, holding a weapon in his hand, threats a thin man holding a piece of rope. They passed through the ruins of a war field. Under a tree the fat man forces the thin man to make a collar, but… 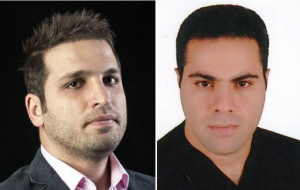 Ali Bayat was born on 1983 in Arak, Iran. He studied mechanical engineering then started to study cinema in Karnameh at Iranian Youth Filmmakers Institutes. He made two short films under the titles of “The Hole” and “The Downfall” in addition to participation as the producer and project director in another short film “The Signature.” He worked as the project director for the movie “The Seclusion” too. He is a member of the Iranian Cinema House.