Current Song:
Next Song:
Update Required To play the media you will need to either update your browser to a recent version or update your Flash plugin.
Homepage > Festival Films 2019 > Girls of the Sun

Girls of the Sun

The latest from Eva Husson (Bang Gang (A Modern Love Story)) follows an impassioned war correspondent, Mathilde (Emmanuelle Bercot), into the Daesh battleground of northwestern Iraqi Kurdistan, where she is embedded with a unit of female Peshmerga fighters. Led by Bahar (Golshifteh Farahani), the unit is made up of women formerly held captive—many as sex slaves—by Daesh following the massacre of their husbands and the kidnapping of their children. Seamlessly weaving between the harrowing pasts that brought them together and their perilous present, Husson highlights the shared suffering that strengthens their bond and their will to fight to get their village, and their families, back. 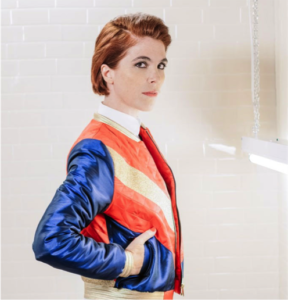 Her graduating short HOPE TO DIE gained international recognition including nominations at the Student Academy Awards, the American Society of Cinematographers, and numerous prizes and screenings in more than twenty festivals around the world (Cannes, Tribeca, Deauville, Los Angeles). In 2013, she directed, produced and did the cinematography for THOSE FOR WHOM IT’S ALWAYS COMPLICATED. The comedy made the festival rounds and was broadcasted on Arte in 2014. Her first feature Bang Gang (A Modern Love Story) premiered in 2015 in competition at the Toronto International Film Festival. It was also selected at the BFI London, Rotterdam and Ramdam Festivals. In France, it played at Angouleme Francophone Film Festival, Les Arcs European Film Festival (where it won 4 awards: Grand Jury prize, Youth Award, Best Music, Cineuropa Award), FIFIB Bordeaux, Pau Film Festival, Film and Music Festival in la Baule, La Ciotat Film Festival. Girls of the Sun is her second feature.