Current Song:
Next Song:
Update Required To play the media you will need to either update your browser to a recent version or update your Flash plugin.
Homepage > Festival Films 2022 > Hasti 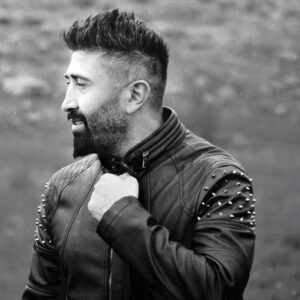 Ara Torosian (born in 1979 in Tehran, Iran) is an Armenian-Iranian-American pastor and music producer. Torosian is a full-time pastor at Cornerstone West Los Angeles. He is the producer of one of the first Farsi Christian music albums.
He was born into a middle-class Armenian-Iranian family in Tehran, Iran, during the Islamic Revolution. Torosian’s father was a welder. In 2001, he passed away in an explosion at his workplace. Torosian’s mother was an elementary school teacher. He has a one-year older sister, Lara. At the age of 15, Torosian aspired to become a soccer player. However, an accident left him gravely injured, and he could not become a soccer player. Torosian received his early education in Tehran, Iran. When he was 18, he decided to attend a small evangelical church in Iran and began his career as a pastor. In 2001, Torosian officially became a pastor. In 2002, he was invited to become a pastor for Iranian refugees in Istanbul, Turkey. He started a school for refugee children with some colleagues. During that time, Torosian came across some refugee children who played musical instruments and praised hymns. In 2002, he produced the first Farsi Christian music album.
Subsequently, he went to Bible college to study theology, graduating in 2003. In 2009, he moved to Los Angeles with his wife. In 2005, Torosian was caught bringing the Bible to Iran as he was pastoring underground churches. He remained under house arrest for two years.
Torosian has released one album so far. He has produced over 14 Farsi Christian music videos. As a music producer, he has teamed up with various Iranian and international music artists and pop stars, including Swedish singer Cameron Cartio, Iranian singer Helen Matevosian, Armenian singer André Sergeyi Hovnanyan, and Lebanese-Armenian singer and worship leader Salpi Keleshian.
In 2018, Torosian became a full-time pastor at Cornerstone West Los Angeles.