Current Song:
Next Song:
Update Required To play the media you will need to either update your browser to a recent version or update your Flash plugin.
Homepage > Festival Films 2015 > I Want to Be a King

I Want to Be a King

Several years ago, two German tourists knocked at the door to the modest farmhouse of Abbas Barzegar somewhere near Shiraz, Iran. Barzegar offered them a place to stay and the meal that his wife had just prepared. The tourists ate with gusto, and the news soon spread that Barzegar served the best food in all of Iran. The simple farmer metamorphosed into a real businessman with successful, increasingly modern accommodations offering guests “the authentic Iran.” In his debut film, Mehdi Ganji shows how hard the family must work to satisfy the demand: Barzegar’s wife does overtime in the kitchen where she works her culinary magic using local produce, his three children do many odd jobs, and Barzegar himself acts as host, tour guide and logistics coordinator. But the man still isn’t satisfied. He talks about his considerable ambition to start an archaic nomadic tribe, so he can take his guests to a bygone age as if in a time machine. He is still looking for a woman who can serve as queen of the tribe to his king. At first, Barzegar’s wife and children react laconically to the dreams of their paterfamilias, but once he has actually found a nubile nomad girl, stress and depression hit them hard. 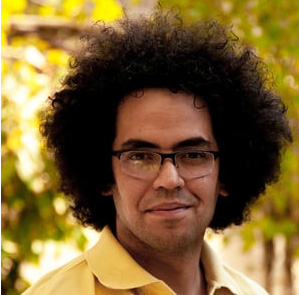 Mehdi Ganji was born in Iran in 1978. He graduated from Tehran University of Art in 2002, and received his BA in cinema, cinematography discipline. After graduation, he started to work as the cinematographer and editor of documentary and fiction films. He has worked with various channels in Iran since 2003 in the making of television documentaries, and has made series like Vocation and Industry (2004), Bipolar Football (2006), House of the Sun (2013). He is a member of Iranian Documentary Filmmakers Association. He did the editing and sound designing of the documentary animated film Cyanosis in 2008. The film was chosen the best documentary by Sheffield Students Festival and won numerous awards like Silver Nanook from Flahertiana Festival and Honorary Diploma from Leipzig Festival. He worked as the editor and camera operator with Newsweek for the making of the three short documentaries Tehran Diary: The Midwife, Qum Diary: The Cleric, and Isfahan Diary: The Terrorist Victim. In the same year, he did the photography of the documentary series Les chroniques d’Iran for Arte Channel, which was about the daily life of the Iranian people. He did the editing of the Iranian episode of the film Espelho Meo which was about the concept of beauty and the physical appearance of women in three different countries, and won the best film award from Documenta Madrid Film Festival. Mehdi Ganji has done extensive research on One Man Filmmaking since 2010, and has held a few training workshops to teach this type of filmmaking to young filmmakers and the Iranian children. He believes that in this type of documentary filmmaking, you can gain the trust of the audience better and enter the hidden layers of the people’s life and their interactions. In the One Man Filmmaking, people consider the camera a part of the filmmaker and get along with it more easily, especially in the traditional society of Iran where people have a certain kind of modesty and shyness when they face the camera as a stranger element.

The documentary ‘I Want to Be a King’ was made by utilizing the same style of filmmaking from 2011 to 2014.