Current Song:
Next Song:
Update Required To play the media you will need to either update your browser to a recent version or update your Flash plugin.
Homepage > Festival Films 2020 > Ocean Behind the Window

Ocean Behind the Window

In a small and remote island, people live under hardship. Borhan is an adolescent who has made an interesting decision to help his family and to introduce the island. He collects a group, holds a carnival, and performs traditional music and theatre for tourists. Their life on the island boost and more tourists come. But there is a big problem in their way. 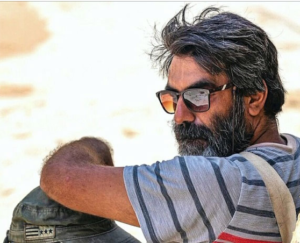 Babak Nabizadeh was born in 1975, in Tehran. He obtained a BA in Theater and Dramatic Literature in 1996. His artistic career began in 1996. He has been the assistant director and programmer in some feature films. Some of his short films have been awarded in national and international festivals. The Ocean behind the Window is his first feature film.