Current Song:
Next Song:
Update Required To play the media you will need to either update your browser to a recent version or update your Flash plugin.
Homepage > Festival Films 2021 > One More Kiss

This music video was created about love and peace in two languages, one is Deaf language and the second is Persian.

Screening with: The Badger + Muncher 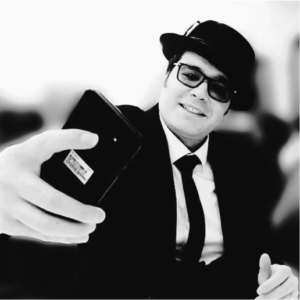 Aydin Aryainejad is a multidisciplinary artist with a strong background in live-action visual effects and animation. He began his career at Vishka Studio in Tehran in 2000 doing classical animation. Then he started as a freelancer for 3 years and in 2005 he formed a small group of talented people to work in animation, Later he joined The Chimney Pot Dubai as a CG Artist in 2008 and advanced his visual effects techniques working in an international environment.

Upon his return to Tehran in 2012, he started his own company Adtimage and did supervising and producing visual effects for several Iranian films and short films, over the years his love for storytelling led him not only to succeed in making high-quality visual effects but also he wrote, directed and produced several TV commercials and music videos.

The music video One More Kiss was selected as a finalist in the music video section of the Cannes Film Festival (CWFF) in March 2021.