Current Song:
Next Song:
Update Required To play the media you will need to either update your browser to a recent version or update your Flash plugin.
Homepage > Festival Films 2020 > Pendulum

A pregnant woman is stuck with a young man in the hospital elevator, and the young man needs help because of his illness and… 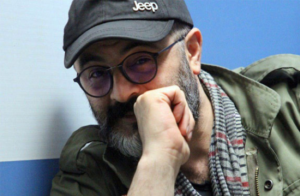 Rahim Toofan graduated with the degree of computer graphics in 1979. He started his professional career in 2000 and worked in the field of filming, editing, and directing professionally.  He has produced 7 short films and semi-long films alongside with long and documentary films, which he also produced. The most important work he has done is the film he directed, wrote, produced, and edited himself called “yek kilo va bisto yek geram”. Over the past decade, he has made thirty short, long, and serial films, more than 500 hundred promotional teasers, and several television and documentary programs.  He has participated in more than 70 film festivals and received more than 10 national and international awards. He has also spent 8 years teaching photography, cinematography, and directing in several institutes including universities.