Current Song:
Next Song:
Update Required To play the media you will need to either update your browser to a recent version or update your Flash plugin.
Homepage > Festival Films 2020 > Sharp as Stone 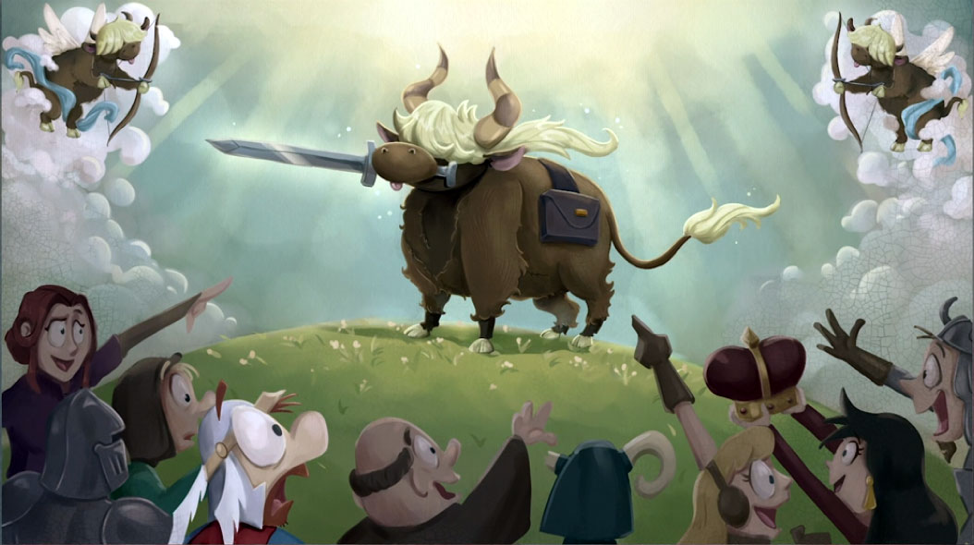 This animated short features the debut of Elliot the Adventurer and his faithful yak steed, Baroo. Elliot seeks to pull a magical sword bound to a stone — bound in such a way, that only one, the rightful King of the land, is capable of lifting the blade. Many have tried to fulfill this task, and yet many have failed. Elliot struggles to pull the sword out, but he has other plans to attempt and pry the blade loose, while Baroo spectates. Elliot tries again, attempt after attempt, each plan more extreme than the last…

Screening with: Of Kings & Paintings + The Bridge of Victory 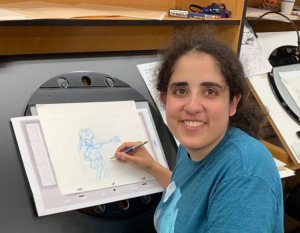 Jasmine Vahidsafa was born and raised in the Bay Area, art has always been a significant part of Jasmine’s life – watching Saturday morning cartoons, spending countless hours reading comics at the library, and doodling stories in her notebooks. However, art as a career choice never crossed her mind. The community she grew up in put significantly more emphasis on sciences and engineering than art. While that did not deter her from animating, she never considered a future with it. But, after getting a bachelor’s in microbiology, she felt directionless.

With a bit of push and shove, she checked out a student showcase at the Academy and applied shortly after for an MFA in Animation.  Part of the reason she loves animation is that it acts as a great union between science and art — it has so much comprehension of mechanics, anatomy, timing, physics — and in more recent decades, engineering and technology — but also allows for the freedom of exaggeration, design, performance, comedy.