Current Song:
Next Song:
Update Required To play the media you will need to either update your browser to a recent version or update your Flash plugin.
Homepage > Festival Films 2022 > Soundless

A mother, hard of hearing, has separated from her unhearing husband because of their disagreement over their son’s cochlear implant surgery that can enable the little boy to hear. But the father, afraid of being alone, tries to prevent the surgery because he wants his son to remain deaf like him. 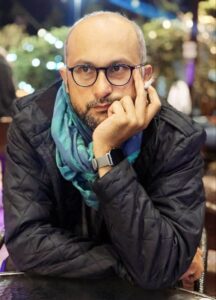 Behrang Dezfoulizadeh was born in 1979. He has made 5 documentary short films which have been screened in many International and domestic film festivals. His last short film has been screened theatrically in Art and Experience Cinema section. He has done film photography for more than a half-decade in more than 80 films. He is a member of the Cinema House (Khane Cinema) and member of the Central Iranian Cinema Photographers Association and has been a permanent member of the Iranian Photographers Association for many years.

Since 2009 he has been the photo editor of several magazines, newspapers, and news agencies. He has received the Honorary Diploma for Best Picture for the Behind the Scene photos from the 29th Fajr National Film Festival for the Film (Seven Minutes to Autumn), candidate for Best Photography for the film Tour directed by Vahid Vakilifar, Cinema Critics Association Award for Best Non-Motion Picture Film Festival, Jury at 3 edition of Celebration of Iranian Cinema House. It took him about 5 years to make his first feature film “Soundless” with a specific social theme,