Current Song:
Next Song:
Update Required To play the media you will need to either update your browser to a recent version or update your Flash plugin.
Homepage > Festival Films 2018 > The Hunt

Screening with: Ranger and Leopard + Karma + Exit Toll + Too Close + The International 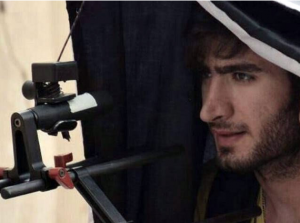 Masoud Kazerouni was born in 1982 in Bushehr, Iran. He started his activities in 2008 with making short films but gradually became interested in cinematography, lighting and painting and decided to continue this professionally. During this time, he shot some short and documentary films for others which were accepted to several film festivals around the world and won some awards.

When the digital revolution took place, the number of photographers increased but the work for those in the field reduced. So he decided to make his own films by writing and directing them as well. The Hunt [2018] is the result of that decision.