Current Song:
Next Song:
Update Required To play the media you will need to either update your browser to a recent version or update your Flash plugin.
Homepage > Festival Films 2020 > The List

Hossein is a young man who in order to get his stolen cellphone, at the insistence of others, must identify someone as a thief dishonestly. 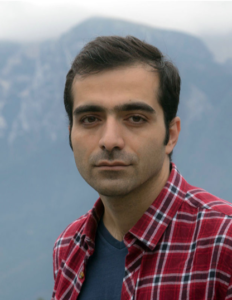 Ahmad Mirhashemi was born in 1986 in Tehran, Iran. He is a filmmaker, editor, and photographer. Mirhashemi started his filmmaking education by joining the Iranian youth cinema society in 2011 after graduating from college. Since then he has been working as a freelance video producer making promotional teasers.

To date, he has made two independent short films. He is also the editor of many projects aside from his own. Ahmad made his first short film “Beyond the Street” in 2017. It was awarded the prize for the best screenplay in Iran’s IYCS film festival in Kermanshah, Iran. Also, it was nominated for best film and best editing in several national festivals. Beyond the street has screened in some International festivals. He made his second film “The List” in 2019.