Current Song:
Next Song:
Update Required To play the media you will need to either update your browser to a recent version or update your Flash plugin.
Homepage > Festival Films 2015 > The President 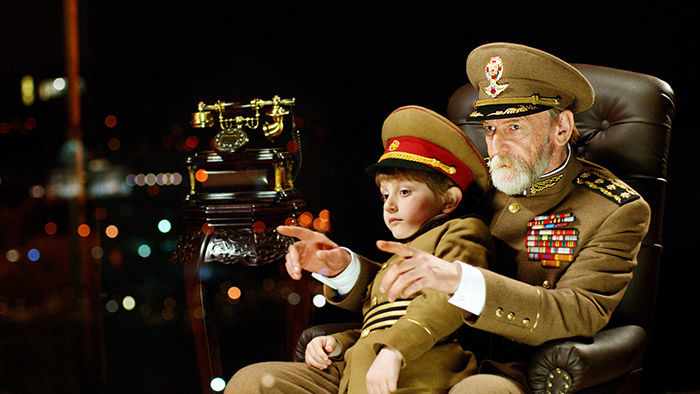 In an imaginary country in the Caucasus, a President is on the run with his five-year-old grandson following a coup d’état. The two travel across the lands that the President once governed. Now, disguised as a street musician to avoid being recognized, the former dictator comes into contact with his people, and gets to know them from a different point of view.

The President and his family rule their land with an iron fist, enjoying lives of luxury and leisure at the expense of their population’s misery. When a coup d’état overthrows his brutal rule and the rest of his family flees the country by plane, The President is suddenly left to care for his young grandson and forced to escape. Now the country’s most wanted fugitive with a bounty on his head, The President begins a perilous journey with the boy, criss-crossing the country to reach the sea where a ship waits to bring them to safety. Posing as street musicians and traveling together with the people who suffered for years under the dictatorship, the fallen President and the innocent child will be exposed first hand to the hardships that inspired unanimous hatred for the regime.

Screening with: To See or Not to See 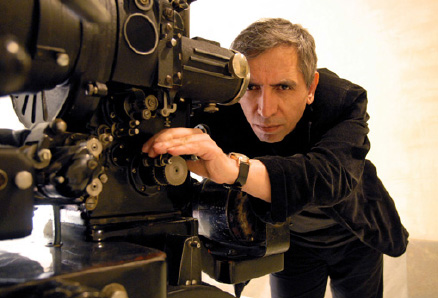 Mohsen Makhmalbaaf, a major figure in Iranian cinema, is a film director, writer, film editor, and producer, born May 29, 1957 in Iran. He has made more than 20 feature films, won some 50 awards and been a jury in more than 15 major film festivals. His award-winning films include Kandahar, and his latest feature The President. Makhmalbaf’s films have been widely presented at international film festivals in the past ten years. The director belongs to the new wave movement of Iranian cinema. Time magazine selected Makhmalbaf’s 2001 film Kandahar as one of the top 100 films of all time. In 2006, he was a member of the Jury at the Venice Film Festival. Makhmalbaf left Iran in 2005 shortly after the election of Mahmoud Ahmadinejad and has lived in Paris since. His films have explored the relationship between the individual and a larger social and political environment. As a result, his work serves as an extended commentary on the historical progression of the Iranian state and its people. Makhmalbaf has worked in several genres, from realist films to fantasy and surrealism, minimalism, and large frescoes of everyday life, with a predilection (common to Iranian directors) for the themes of childhood and cinema.