Current Song:
Next Song:
Update Required To play the media you will need to either update your browser to a recent version or update your Flash plugin.
Homepage > Festival Films 2020 > The World’s Last House

An old man, answering people’s letters and solving their problems at a far-off cottage for a long time, is facing the weirdest challenge of his life; an intrusive guest with three bullets in his gun… 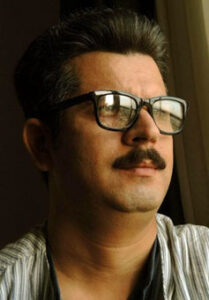 Amir Gholami was born in 1984 in Iran. He holds an MA in film, teaches in the university, and is also a film critic. He has made several shorts and documentary films and has been a jury at several short film festivals in Iran.