Current Song:
Next Song:
Update Required To play the media you will need to either update your browser to a recent version or update your Flash plugin.
Homepage > Festival Films 2018 > Too Close

A boy and a girl in the 1950’s examine boundaries within relationships and what it means to be too close.

Screening with: Ranger and Leopard + Karma + Exit Toll + The Hunt + The International 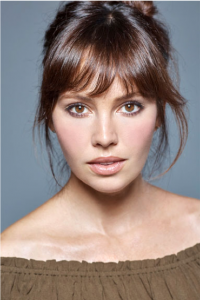 British born, Emily Roya O’Brien is a writer/director/actor. Having been a 3-time Daytime Emmy nominated actress working in Los Angeles for 12 years she has gained more interest in artistic writing and themes that provoke empathetic emotion. Too Close is her short film directorial debut.

O’Brien was born in Bedfordshire, England, but moved with her family to Carlsbad, California, when she was nine years old. Her mother is Persian, and her father is British.

O’Brien’s parents, Flora and Michael O’Brien, say, “Acting is the only thing she wanted to do.” She was in plays at Carlsbad High School, where she graduated in 2003, and at Mira Costa College, where she completed a theater major in 2005.  She was named a finalist in the Kennedy Center American College Theater Festival’s Irene Ryan Acting Competition in 2005, where she was pitted against several hundred students from colleges and universities across the country.[citation needed]  O’Brien speaks Persian fluently and has studied French and Spanish.[citation needed]  Emily has been nominated for three Daytime Emmy Awards for her work as Jana Fisher on The Young and the Restless.  She portrayed the role again in November 2008, when a parody of the show was the theme of the 1st showcase on The Price Is Right.  Emily was seen in Pernicious, her first supernatural horror film, directed by James Cullen Bressack.  She recently appeared in the Telltale video game, Batman: The Enemy Within as Special Agent Iman Avesta.  In February 2018, she was revealed to be part of the cast of Kojima’s new game Death Stranding.