Current Song:
Next Song:
Update Required To play the media you will need to either update your browser to a recent version or update your Flash plugin.
Homepage > Festival Films 2020 > Grandma & Cinema

This short film is about the filmmaker’s grandma speaking about her memories relating to cinema and the history of cinema according to her. Her real voice is over the film and her memories are remake. ​It reveals the culture which relates about eighty years ago in Iran.

Screening with: Women According to Men + The Feast of the Goat 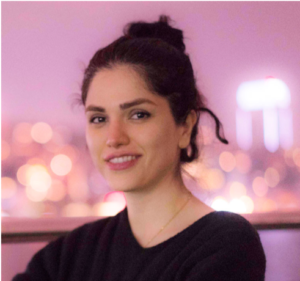 Nazila Rajaeieh is an Iranian filmmaker. She was born in 1985 and was raised in Isfahan one of the historical cities in Iran. She is currently pursuing film production in various areas namely animation, short, documentary, and experimental style.

Having graduated in painting discipline with her B.A in Yazd university, she is studying a master’s degree in animation at Tarbiat Modares University.